November 27, 2018
HomeBlogYour child's social skills in kindergarten are more important than their academics 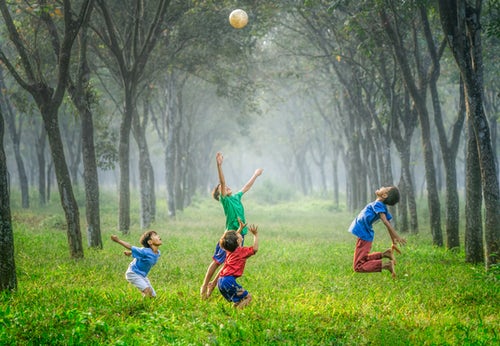 Parents of young children tend to worry a lot about whether or not their kids are making adequate gains as they launch into their academic careers.

"Is Tom doing quantum physics yet?"

While early education creates an important foundation for academic skills, many parents would be surprised to know that social skills are actually far more predictive of outcomes into adulthood than early academics.

For example, a study published in 2015 showed that even while controlling for family demographics and early academic ability, the social skills observed in kindergarten showed significant correlation with well-being at age 25.

That's a lot of staying power!

Regardless of how advanced of a reader they were or how much money their parents made, kindergarteners who demonstrated social competence were more likely to graduate from high school, go to college, get a job, and stay out of jail than those who showed a lower level of social competence.

So while many parents and schools may be feeling the pressure to cut back on play and social interaction in order to get more "hard skill" instruction time in, it's actually those "soft skills" that are most predictive of long-term success.

Here are five important social competencies you can foster in your child.

1. How to play well with others

Play is a powerful catalyst for development in the early years. By playing with others, children learn to negotiate, problem solve, take turns, share and experiment. You can help your child build these skills by making time for free play with other children.

While dance class, soccer practice and choreographed play dates may have their own value, children need plenty of time engaging in unstructured play with other children, where they may be supervised—but not instructed—by the adults around them.

It is tempting to swoop in at the first disgruntled squawk and make everything right again. We confiscate the object of the argument, set timers, or send children to play in different areas. We're good at problem-solving because we get SO MUCH practice as parents! And while some of this may be necessary for survival, our kids need some of that practice too.

So the next time your child has a problem, invite them to take part in that problem-solving process. Ask your child to describe what's going on, brainstorm solutions and try one out. You're still an active player, supporting your child through the process, but rather than doing all the solving yourself, let your child own the problem by asking, "What do you think you could do about that?"

Teaching a child to be a problem solver also means that we teach them how to fail and try again, which is another critical "soft skill." When we ask children how their solution is working out, we give them an opportunity to evaluate their experience and make improvements when necessary. We're teaching them that mistakes help us learn and move forward.

3. How to label and recognize feelings

Children who are perceptive to the emotions around them are also better able to get along well with others. You can foster this skill by calling attention to emotional cues and naming emotions. You can do this not only in your home ("I'm looking at your brother's face right now, and I don't think he's having fun." "You looked so happy when you won, your smile was like a laser beam!") but by also talking about the emotions in stories as well. ("How do you think he felt when that happened?")

Storybooks are FULL of conflict and emotion—it's often what drives the plot.

These conversations about observed emotions are often easier because your child isn't tied up in the turbulent emotions themselves. From this comfortable vantage point, they're able to be more thoughtful about the emotions on the page and then apply their understanding in real life.

Another thing to keep in mind is that research has shown that excessive screen use may interfere with a child's ability to recognize emotions in others. So make sure that your kids get plenty of time playing and interacting face to face with other humans, rather than with pixels and lights on a screen.

4. How to be helpful

Being helpful to others requires children to look beyond themselves and recognize the needs of others. By noticing and complimenting your child when you notice helpful behaviors, you encourage them to continue.

Give your child simple opportunities to help within your family—putting away groceries, getting the baby's fresh diaper ready, or helping a sibling to get dressed—and then be generous with your gratitude afterward.

Point out the helpers around you and show gratitude together to instill a value of service.This may be as simple as thanking the bagger at the grocery store or taking cookies to the fire station. It can also take a fanciful twist. For my own superhero-obsessed boys, I found that equating heroes to helpers made them feel like Batman just by helping with simple tasks around our home.

5. How to control their impulses

Impulse control is a part of the executive functions directed by the prefrontal cortex of the brain. This area doesn't completely develop until well into early adulthood, but some of the most rapid development happens in the early childhood years. That's why children need opportunities to practice this growing skill.

That may look like the infamous marshmallow study, where a child must delay gratification and wait before consuming a treat, but it can also look like play time!

Movement games that require a child to stop and go like Red Light/Green Light, Dance and Freeze, and Simon Says give kids practice quickly shifting gears and controlling their impulses to move.

Pretend play is also a great way to build these skills. By taking on a new character and an imaginative storyline, children have to plan before acting, take turns and make rules to follow. They also practice thinking outside of their own perspective and act as they think another would, rather than simply following their own impulses.

Our fast-paced society may give you the impression that your child needs to learn more academic skills—and sooner than ever before. However, the reality is that the "soft" social skills they gain in early childhood—through the slow, simple processes of playing and interacting, engaging with their families, and paying attention to the world around them—will serve them much better and for much longer.

This blog was written by Amanda Morgan. It can be found on the Motherly website